Today the MTA (Metropolitan Transportation Authority) raised fare prices. The only people I have talked to (who) are in favor of this hike have been upper middle-class workers. They seem to have forgotten what it was like to be student or someone with a fixed income. Sometimes its hard knowing that the city you love so much, may not want you.
----------------------------------------------------------------
Anyway, expect some posts featuring work from my other classes this semester. I realize that time is running out. It won't be long before I'm to busy to make blog entries again. Currently, I seem to be going through some type of design ADHD (Attention Deficit Hyperactive Disorder.) Hopefully, everything will even out and I will complete one of the (many) projects I have created for myself, by summer's end. Oh, and before I forget, The Common Threads Art Committee (for which I am a member and cofounder) just got accepted to be apart of a street festival happening this upcoming October on 14 st (NYC.) We spent 2 days writing up a proposal and I must say, I am ecstatic that our hard work paid off! So I guess, my pity party is over after all. See 'ya soon
-Grace
at 6:57 PM 2 comments:

My former employer is having a Pac Man contest here in New York City tomorrow (Friday.) Visit the link for more details.
http://www.newyork-tokyo.com/wp/2009/06/17/uniqlo-pac-man-challenge-finals/
at 8:21 AM No comments:

Email ThisBlogThis!Share to TwitterShare to FacebookShare to Pinterest
Labels: event 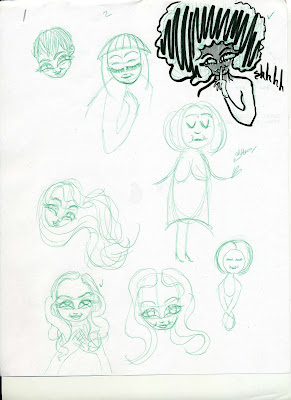 After I got my formula for "secretive enjoyment" (involves tilted heads and smiling eyes) down, I thought long and hard about what the characters for Kept chocolate should look like. I used the 90's girl appeal formula: one long-haired minority + one short-haired "sporty" girl + one full-headed "girly girl" = fun. Proof of this? Think of movies like Clueless and Charlie's Angels. 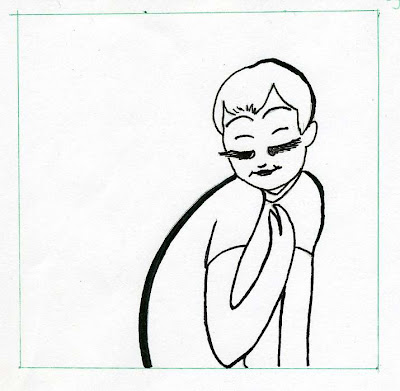 This girl (above) was based on two sketches from the last sheet of paper (further above.) As you can see, she wasn't based on any type of human anatomy. I tried to force a bunch of stylized curves into what I thought would be cute. I wound up with a bit of grief instead. More on that a little later. 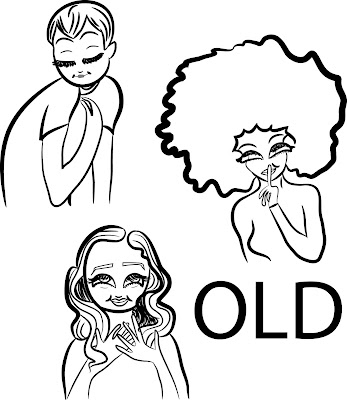 Here are the original girls! The black girl has an afro only because I wore one (myself) in a show around the time of her conception. Do you like her fingers? My "girly girl" (next to "old") is the only drawing here based on a real person. She was too detailed. As for the "sporty girl," I was told to fix her arm. Understandable! I later went and surveyed 5 guys on what they thought of the characters. Their main "concern" was with our short-haired friend here. I was given a laundry list of changes to make. They included longer hair, bigger boobs, hips (she's a torso,) and a bigger butt. They felt she looked like a man. I'm still a little confused by that one. Here is my compromise just below. 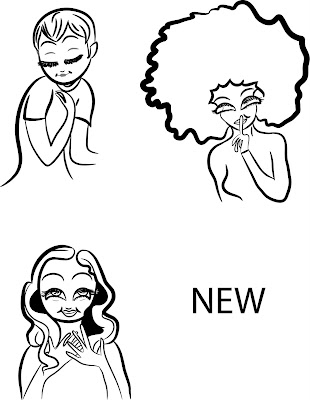 New and improved! The girls seemed very happy about their changes. 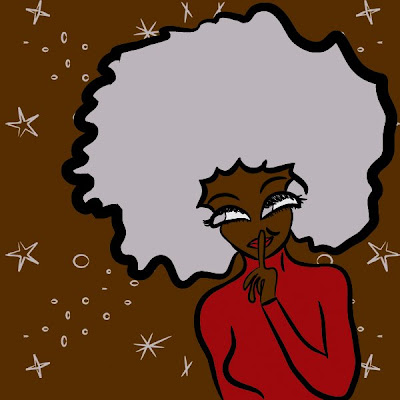 These are examples of the color variations the character boxes went through. [Volcano color scheme above.] Sorry about the aliasing. I don't know why reds do that here. 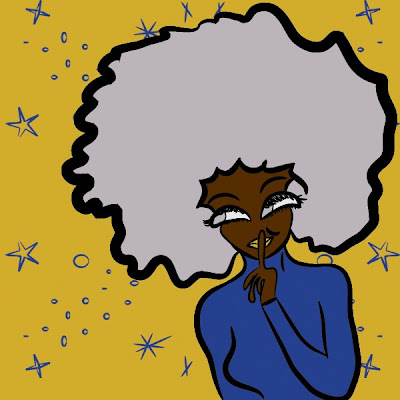 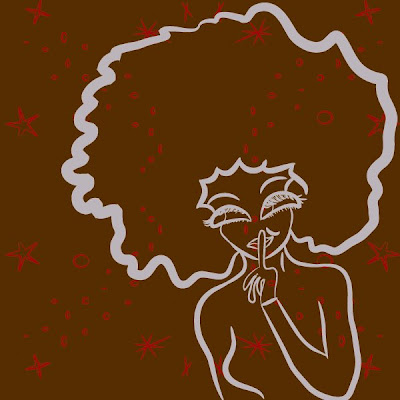 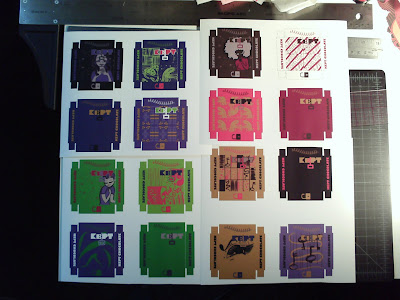 Here (above) are some of the other cover tests. 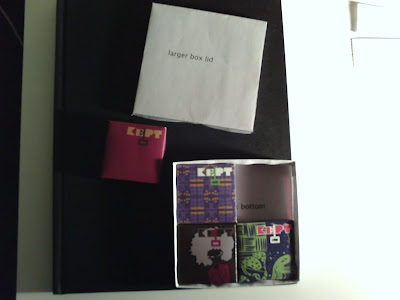 The next Kept post will include that finalized box designs.
at 8:09 AM 2 comments: 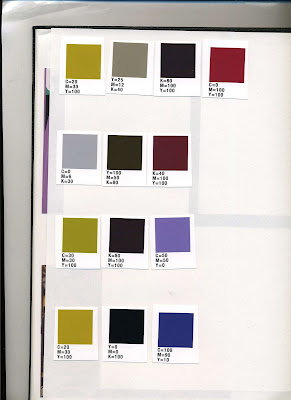 Here are some of the "lavish box" color schemes I made for that chocolate project (mentioned previously). They are based off some color research I did and those volcano pictures you saw in my last post.  This is also how I knew what the printed colors would look like.  Remind me to tell you about mood books later. 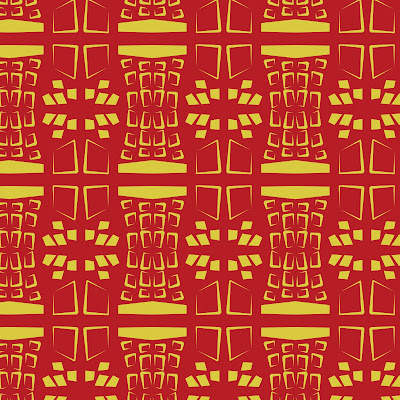 These were some of my initial patterns (above and below) for the other packaging direction of Kept.  I posted a tutorial on the one above a little while ago.  Well, my professor disliked most of these patterns and told me that I needed to work on them more. 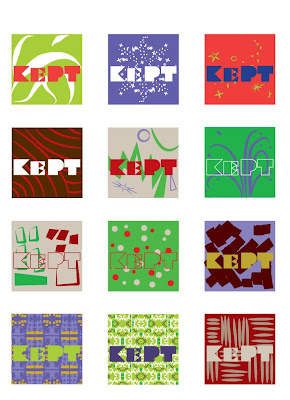 After sulking a bit, I got some new art supplies and began work. Would you believe I had so much fun? All in all, I created over 48 cover designs, not including colors or variations. A lot of students complain about "picky" teachers, but I can honestly say (during this project) I learned that you don't have to sacrifice value or aesthetics to meet a deadline. You can have both!  There are a few sleepless nights, but it's worth it all in the end. 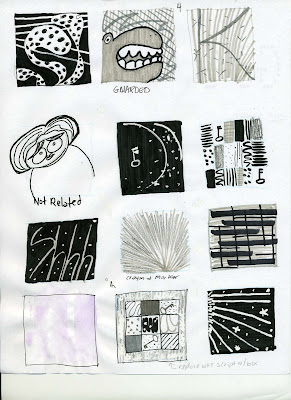 Some of my fun. 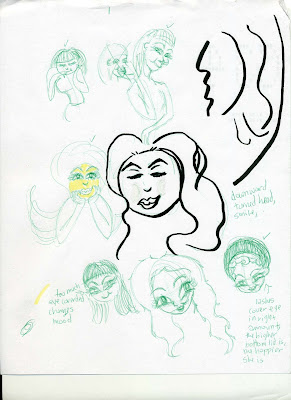 This (above) is a preview for my next post, "the girls" of Kept Chocolate.
at 9:52 AM No comments: 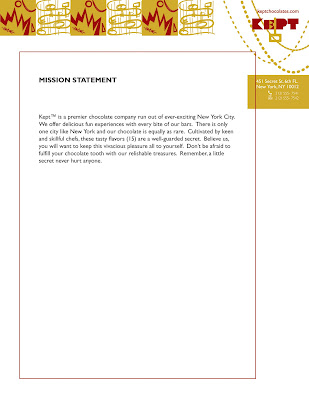 Why was my assignment named Kept?  Well, I felt there was limitless play with a word associated with so many things.
That and I like secrets.  As I told my professor (when I was pitching the idea) not deep-dark-hateful-family-secrets.  No no no.  Fun-playful-tasty-whispery-secrets, like the kind teenage girls share... or at least used to. 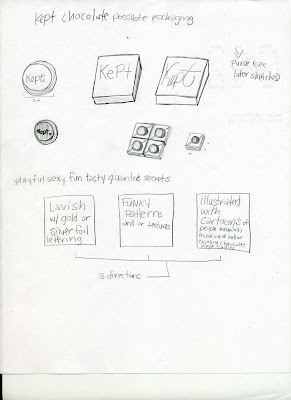 When I created my chocolate company, I thought the package direction could go one of three ways.  As you can see above, those choices were lavish (gold lettering,) funky, or  fun/funny.  In the end, I used all three. 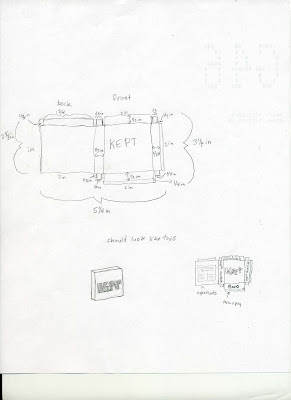 Look at this crummy subway sketch.  Anyway, I liked the idea of having tiny boxes that could stand alone or be sold together in a variety pack.  I felt the small packaging could be a play on "small treasures" or "kept secrets." 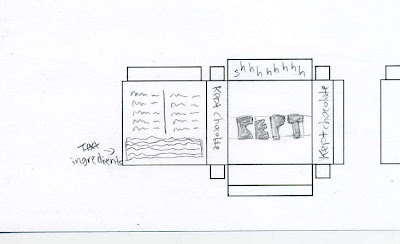 A bit more fleshed out. 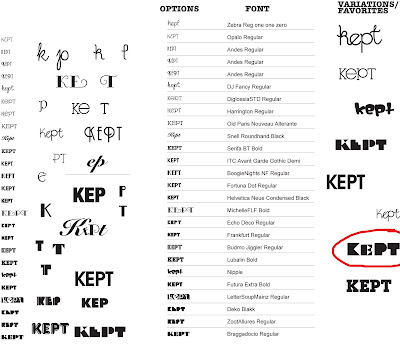 When creating our logos, we weren't allowed to draw them up ourselves. We had to "build" them out of previously created fonts.  My workmark (then) was a mixture of two fonts.  I thought the silhouetted letter shapes were fun and youthful.  I especially liked the key shape made in the negative space between the e and p. (Above) 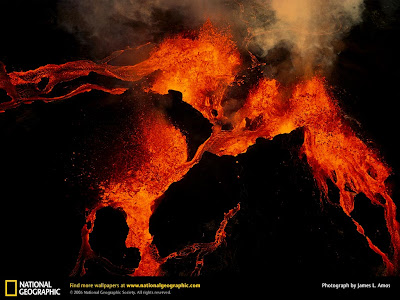 What colors make you think of chocolate? Well, when I showed people these National Geographic volcano photos, they thought I was crazy for thinking they looked tasty.  I went and did a bunch of (Western) color research anyway and just made sure to include similar colors in my palette.  In my research, I learned things like lavender is a "grown up" pink.  Who knew? 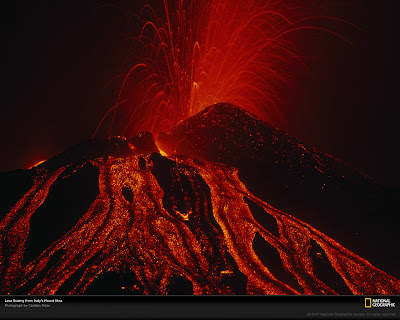 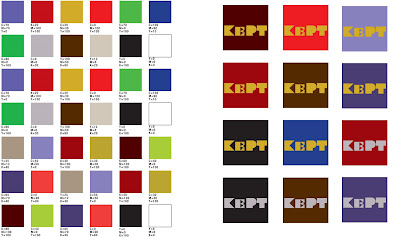 Here (above) are the swatches I seperated into color schemes (I'll post some later) and a few"lavish" box cover ideas.  The lettering is supposed to be gold or silver foil.  These colors are much darker when printed.  I put the color schemes together using printed swatches.

When I pointed the key shape out (in my logo) to my professor, she suggested that I bring some more attention to that area.  Here are some tests and the finished product (above). 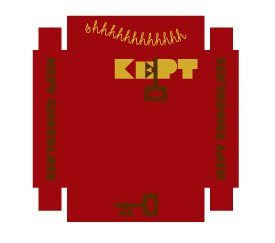 This is a more completed box.  I will post the pattern ideas for Kept next.
at 9:08 AM No comments:

I just received this email (no joke) 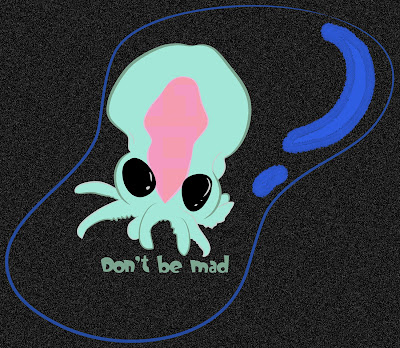 Listen to my friend up there!  Anger isn't appropriate here at this time.  The semester is over.  I did well and I've been mulling over how to present the semester's work on this blog for the last few weeks.  I've done other stuff too, but all that's secret in the mean time.

This is a teaser as to what I will be posting next,  some stuff from the fake company I created over the last coupla' months.

Here is some music made before my birth.
at 10:43 PM No comments: